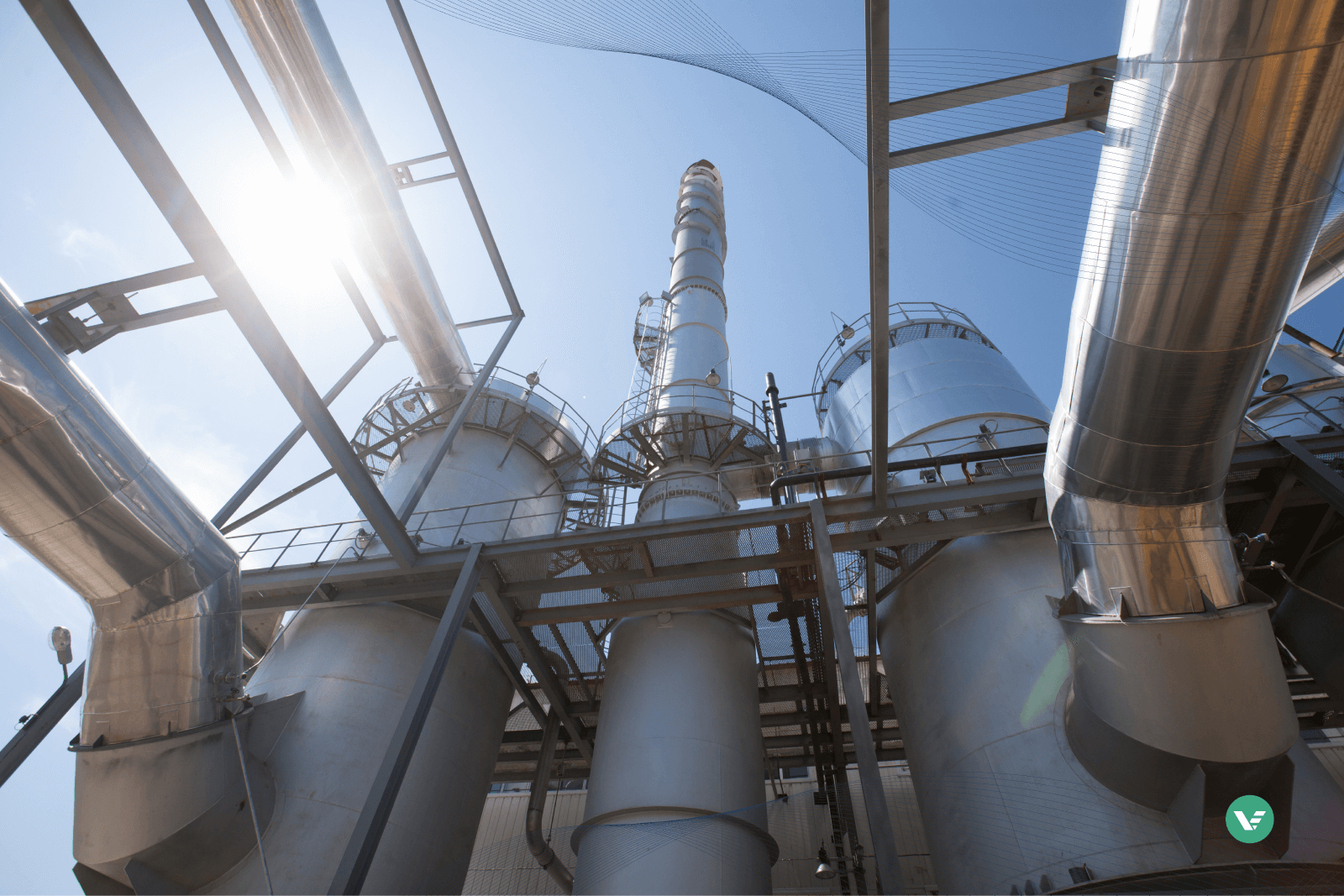 Bulk marine logistics and commodities trading are fundamentally connected. Arbitrage opportunities that arise from markets and supply chain imbalances directly impact freight rates. Reliance on the world’s shipping routes isn’t at the forefront of our minds until we experience an event that completely disrupts the global supply chain. With roughly 90% of worldwide trade being transported via sea and recent supply chain disruptions, the developments in this sector and how they have impacted the commodity trading space have become an important topic.

We’re currently experiencing high volatility in commodity prices as a result of supply shortages and chain disruptions, and as a result of commodity prices increasing, the cost of shipping is increasing as well. The market is precarious to say the least, for both the price of supply chain functions and the price of raw commodities. Overall, we’re experiencing much short-term market volatility in the industry.

In this second post of our Commodities Markets Insights series, Voyager has partnered with Acuity Commodities to bring fresh market perspectives. In this issue you’ll find more details and latest market data on sulphur, sulphuric acid, and caustic soda markets.

There remains a lot of confusion over market direction for sulphur. Worries over the outlook of the phosphates market have not subsided given prices are still under downward pressure. The macro situation has also kept confidence low among players for the near-term.

This makes the surge in domestic prices in China look out of line. Arguably, the pick up in demand in the domestic Chinese market was expected ahead of a one-week national holiday. However, the willingness for Chinese players to pay $130-135/t FOB Mailiao, Taiwan for spot tonnes for early 4Q shipment – equivalent to up to $160/t CFR China – is not so easily understood by international players. China withdrew from the international market from October 1 for its national holiday. All eyes will be on its post-holiday demand.

Elsewhere, demand is fairly slow. In Brazil, CMOC awarded its tender for November delivery in the high $150s/t CFR. Higher pricing compared with other import markets such as China is in part due to tighter availability west of Suez making Brazil more dependent on supply from markets such as the Middle East where spot pricing is now over $100/t FOB.

The market has indeed stopped falling. The fairly prompt settlement of Middle East contracts, heard between the $80s-90s/t FOB for 4Q, was a sharp contrast to 3Q when a number of quarterly prices had to be renegotiated in August. All the monthly lifting prices by Middle East producers have been set for October at an increase:

In the aftermath of Hurricane Ian making landfall in Florida, US on September 28th Mosaic reported in a press release its production impact from the storm’s high winds and flooding on its facilities. The company estimates its phosphate production loss of 200,000-250,00t split evenly between 3Q and 4Q. Since roughly every tonne of DAP or MAP consumes one-half tonne of sulphur, this would indicate a sulphur consumption loss of around 100,000-125,000t. The announcement included that repairs are expected to be complete within the next week or two. In the wake of the storm the market will await conclusions of the 4Q Tampa molten sulphur settlement in the US. 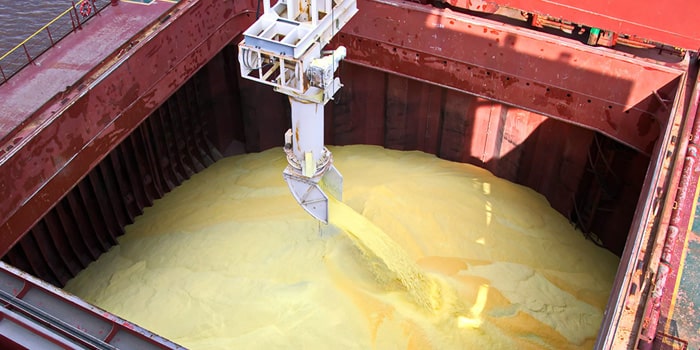 The focus of most market players is now firmly on 2023 contracts. While FOB contracts from Europe and Japan/South Korea will continue to be discussed in the coming weeks. A number of buyers have been active in the spot market sourcing 1Q deliveries, especially in Chile. Malaysia’s Venator also stepped into the market asking for 12 cargoes for 2023 delivery, proposing formula pricing. While smelters and traders contemplate their offers under these tenders, thoughts are also on whether there will be a shift in trade flows in 2023. This would be aided by much lower freight from Europe to Latin America, versus from China. From a Chinese smelter’s point of view, its last spot deals were done at single digits and domestic prices are now ticking back up, therefore it is hard to consider committing at negative values right now to compete with European product, to Chile for example.

Meanwhile, there are still many freight inquiries and fixtures going from Europe to Latin America, including from Poland, again due to more competitive freight. For example, for a 18,000-20,000t tanker, spot freight from Poland to Chile would be around the $80s-90s/t while much higher at $160-170/t from China/Japan/South Korea.

Based on concluded cargoes from Chinese suppliers, our northeast Asia assessment for September was adjusted up to $650-680/t (dry) FOB after a cargo sold at $650/t FOB and firm offers were as high as $680/t FOB. Freight from this region remains a constraint to buyers in the Americas with spot indications for the voyage to the traditional destination of the US West Coast for a small cargo (10-20kt) heard around $150/t (dry). Spot freight on vessels from Asia to the less traditional regions was around $115-120/t (dry) to South America and as high as $300/t (dry) to Europe.

The US Gulf Coast export price also climbed last month to $810-860/t (dry) FOB with business achievable below this range for diaphragm grade. The main drivers for global values firming include price ideas in the short European market and the onsetting of reduced chlor-alkali rates from integrated producers globally recognizing weakness from the downstream segments like polyvinyl chloride (PVC) as a construction staple. Therefore, by-product caustic soda output is expected to remain limited in most regions. Indications were made at the time of writing for a small prompt cargo to have been done as high as the $900s/t FOB (dry) which, pending price discovery, would further firm the export market.

In the US northeast, domestic US pricing is heard around the $1,000/st (dry) FOB level with shipments for October mostly over $1,100/st (dry) FOB. The bulk of import tonnes lost for the eastern US from former European suppliers continues to be substituted by volumes from the Middle East, India, and even as far as northeast Asia. Timing of vessels remains a constraint to filling storage tank capacity here, especially as vessel availability remains limited from the far East and freight rates remain firm.

The outlook on the market in 4Q22 may be less appetizing amid many industrial users warning of imminent demand destruction in the wake of an economic recession which would affect rates from sectors with the highest caustic soda consumption including alumina smelting, pulp and paper, and various chemical manufacturers. Demand destruction signs from the industrial sector of the US and Canada include lower than expected consumption outlooks heard from Chemours, LyondellBassel, International Paper, and various distributors noting a general slowing of orders which will continue to be monitored by Acuity.

Voyager Portal is an operations management platform for bulk commodity shipping. The SaaS application allows Voyager customers to collaboratively manage their operations with internal and external stakeholders in a unified environment.

The platform is built on a proprietary low-code workflow application making it the most flexible solution for bulk commodity shipping on the market. With Voyager, customers can manage the entire lifecycle of their operations including pre/post fixture and demurrage. Voyager Portal is backed by leading venture capital funds and counts fortune 50 companies as customers.