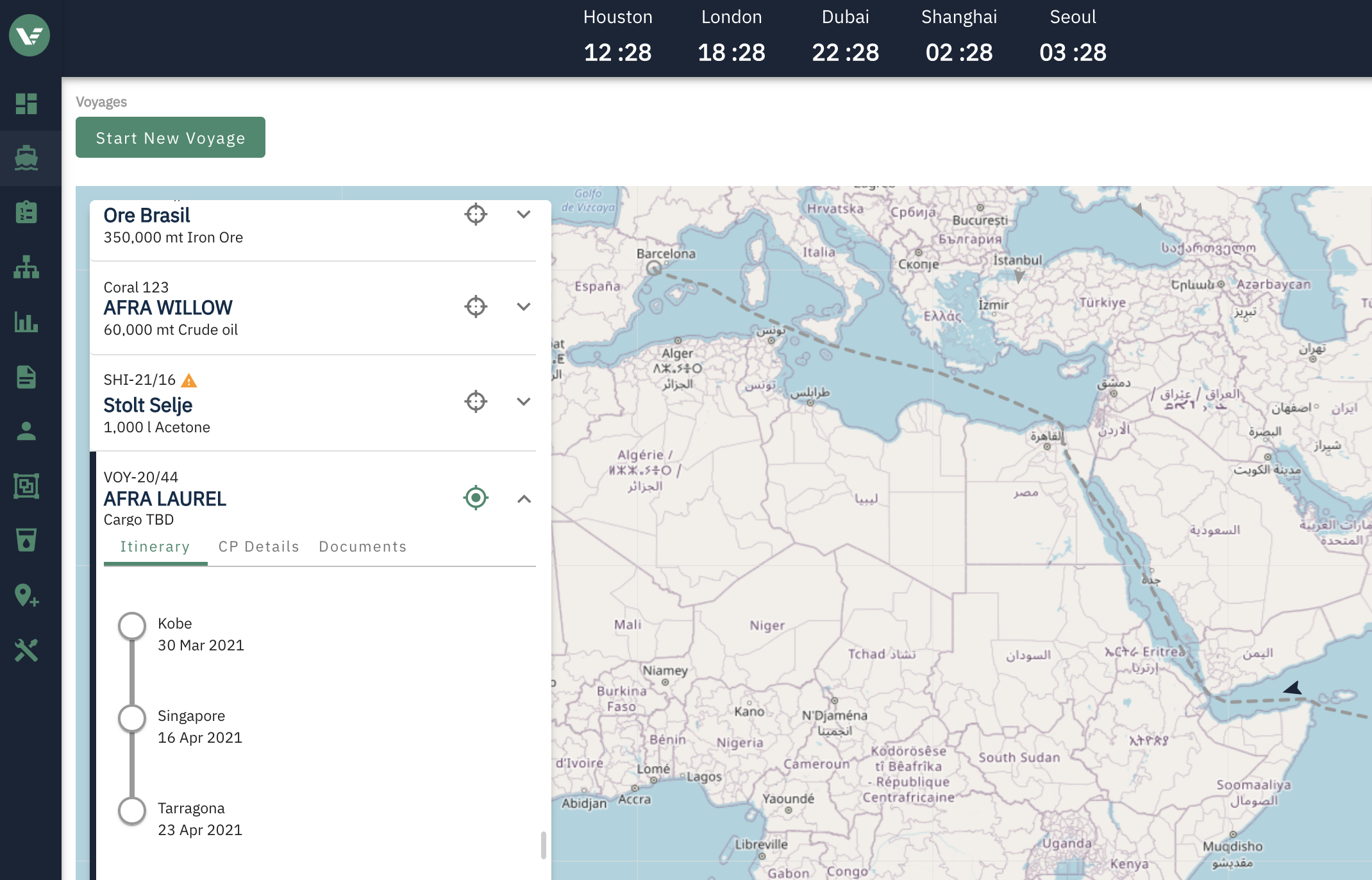 When the 400-meter containership Ever Given clogged the Suez Canal on Wednesday, thousands of phones around the world were ringing with calls from frantic, nervous logistics experts. Most maritime supply chains are managed via Excel and email, so logistics specialists from mining, agricultural, and oil & gas companies had to scramble to understand if any of their cargos in transit were at risk. For some, the answer took more than 2 days to arrive.

Not so for Voyager users. With a single click of the mouse, users saw instantly which ships and cargoes were headed directly to the Suez Canal, alerted their managers or other departments, and took immediate action.

Voyager collects ETA’s and other route information from all stakeholders involved in a cargo’s voyage.  We not only know what is happening now and in the past, we also have a forecast of events in the cargo’s future.  Voyager’s proprietary “VTA” feature immediately alerted our users if the ETA supplied by third parties did not align with our algorithm’s estimates.  Voyager gives this level of quick decision-making ability whether the world is in its “normal” state, or there’s a Black Swan event like a huge hurricane or canal blockage. Contact us to learn how you can add more visibility to your world of maritime transportation.