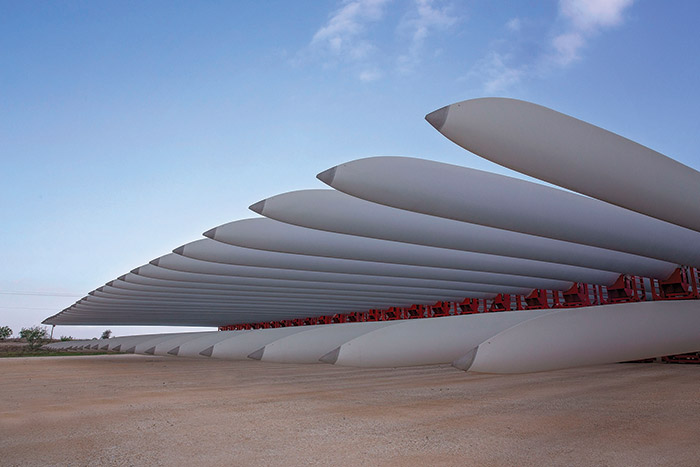 Supply chain visibility — or rather, the lack thereof — is a chronic frustration across the transport logistics supply chain, and nowhere more so than in project logistics.

On the container transport side, a slew of platforms, modal specialists, and supply chain management (SCM) providers offers shippers some form of cargo visibility. Providers compete to handle everything from mode-specific container or surface cargo tracking to overall SCM with visibility thrown in as a value-added service.

On the project and breakbulk side, visibility offerings are far sparser. The nature of most breakbulk transport — i.e., changing and/or unpredictable cargo types, volumes, and voyages — and its smaller scale relative to container shipping make it a more difficult market to address.
Brian Putallaz, a senior commodity manager who handles what he calls “big and ugly” ocean transport for several global industrial manufacturers under the umbrella of the Global Shippers Association (GSA), noted that the gulf between consumer track-and-trace capabilities and breakbulk is even wider.

“Why do I know exactly where the toilet paper I ordered from Amazon is, but I don’t know where my$20 million turbine is?” he said.
Voyager and the Global Shippers Association team up to create “line-of-sight” visibility for shipping all types of breakbulk cargo. Photo credit: Port of Brownsville.

Putallaz told The Journal of Commerce the GSA for years had been searching for a “line-of-sight” tool that would incorporate all ship charters across the businesses he works with and provide forecasting and data management capabilities for these voyages. The existing platforms he’d found were geared toward carriers, rather than merchants.
Meanwhile, the businesses whose project cargo chartering he manages were working separately, “on 20 different spreadsheets and 20 different computers, with a million emails,” Putallaz said.

Now, with visibility provider Voyager Portal seven months into creating a breakbulk “cargo control center” for Putallaz and his team, GSA’s breakbulk chartering is cloud-based and on a centralized platform, streamlining activities and communication.

“I have an outlook now of all cargo bookings for the next three or four months,” Putallaz said. “I can look for synergies. I can publish that we have a ship going to Asia in two weeks and look for[additional] customers who can use that.”

Founded by GE in 1994 to serve as a nonprofit transportation buyer for a consortium of global shippers, the GSA negotiates freight rates for about 400,000 TEU annually, and although breakbulk represents a relatively small slice of the volume GSA handles on behalf of its members, the cargo is typically high value, according to GSA President Mark Chadwick. Although cost estimations are a “moving target,” particularly given the current chaotic container market, GSA members spend about $300 million annually on project cargo freight, $600 million on containerized freight, and$550 million on air freight, Chadwick told The Journal of Commerce.

While the container market is vast, “of all the ships on the water, less than 10 percent are containerships,” Matthew Costello, CEO and co-founder of Voyager Portal, told JOC.com. “Noncontainerized shipping is still a huge market. We estimate that about $300 billion to $400 billion is spent each year by shippers on noncontainerized freight.”

Voyager was founded in 2018 by Costello and his partner, Bret Smart. Both had worked in the bulk commodity industry, managing shipping lanes and developing IT for major bulk shipping fleets, before starting Voyager, which completed a $1.5 million seed funding round in 2019. While Voyager was originally focused on chemical and bulk chartering, Costello also saw potential for the platform in the project cargo arena.

“For us, the question was ‘How do you build something that scales in the noncontainerized world?’” Costello said. The answer they came to was that their platform needed to be exponentially more flexible and adaptable than typical logistics so􀁸ware.

To enable this, they built the platform using their own “low-code” architecture, Costello said. “What this means for customers like the GSA is that the platform can be quickly adapted and configured to different cargo types in hours, not months,” Costello said. Other logistics platforms are typically “hard coded,” making them much more difficult to adapt quickly.

As an added benefit, that low-code architecture means that “if Brian [Putallaz] needs to adjust something or if a workflow needs to change as RFQs [request for quotations] are submitted, we can be on a video call and literally [adapt or create] that workflow in minutes,” Costello said. “For example, Voyager does not have an RFQ module. Instead, it is able to configure and restructure its existing workflow architecture to solve for an RFQ use case.”

The Voyager platform treats each cargo voyage as a distinct project with its own workflow, combining all voyage information to create the “30,000-foot view” that Putallaz had been missing. It enables him to look at his clients’ ocean transport with much more clarity than ever before by consolidating RFQ and budgeting data, archiving that information, and providing data management and analysis, he said.

Prior to deploying the Voyager platform, when it was time to issue an RFQ, “essentially, we sent out an Excel template to all the carriers, they filled it out and sent it back, we added a row to the master, and so on,” Putallaz told The Journal of Commerce. Now, that template is in the cloud and RFQ notifications are sent to all potential carriers, including asset owners, operators, brokers, roll-on/roll-off, and project forwarders, and they respond right in the platform. Whereas the RFQ process used to take a week or more, now it’s done in days and with far less follow-up, he said.
Putallaz noted that service providers choosing not to participate in the RFQ can tell the shipper why they’ve chosen not to bid on a certain project.
“That’s important; we know who is participating,” he said. “In the past, we’d put out an RFQ and get three or four emails back and wonder why we hadn’t heard from so-and-so. Now we see the reasons: ‘outside our service area’; ‘no ships in position’; ‘outside our capability,’ etc. Or if they don’t answer at all, we see that, too.”

Putallaz said with Voyager, he knows exactly how many ships his clients have on the water, how many are at dock, what’s coming up in the next two weeks, and even what’s booked further out.

“We use the same vendors across businesses and can now standardize and find opportunities,” he said. “When business X books commercial cargo out of Asia to the US Gulf, we can alert the others. We can create or reimagine a cargo move, maybe even for folks who are having trouble getting container bookings.”